Cusco Flights, Delayed but not Canceled

I have briefly mentioned this in a previous blog or two, and I also regularly recommend to people on the Trip Advisor forums that they choose mid-day flights into or out of Cusco, to better prevent delays or cancellations, and on November 12th 2017 when flying from Cusco to Lima, I saw a perfect example of why this is, and realized that I have not done a blog on this specific topic. 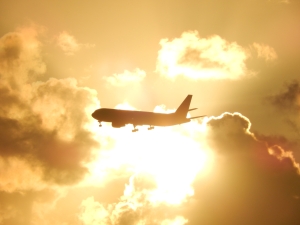 I woke up that morning at about 05:30 and it was raining fairly hard in Huarocondo, and I was wondering what the weather might be like in Cusco at that time. We had planed to take colectivos into Cusco that morning, but the rain continued all morning so we though it might be better to just have one of the driver we know take us.

When we arrived at the Cusco airport at about 08:30 for our 10:45 flight to Lima we were greeted by long lines at almost all of the airline check in counters, a good indicator that the mornings rains had caused some delays, and many of the people in line seemed to be stressed out, as many seemed to have run out of patience. Looking at the information board confirmed my suspicions as many of the flights on the board were listed as delayed, and a few of the early flights showed as canceled.

Our flight was with LC Peru so we got into line and made our way to the counter, at the counter while we were checking into out flight, that was delayed but not canceled, we heard that everyone else was being re-booked onto flights the next day, which made many people upset as they were supposed to catch flights out of Lima later that day.

Once we were check in, we went through security and waited to see what gate our flight would depart from, and while our flight was delayed a little more than 1 hour, we did get to Lima that same day without having to be re-scheduled.

Now while more likely during the rainy season (Dec – Feb), weather related delays and cancellations can happen anytime of the year, so planning for them can make for a more relaxed vacation, especially on the morning that you have to fly out of Cusco, if you were to wake to heavy rains and/or low clouds.

My recommendations for planning an itinerary and booking flights into or out of Cusco are as follows;

One final note, there are those on-line that will say to choose LATAM (LAN) because they can fly when other airlines can not, and while there might be one or two occasions where this proves true, the majority of delays and cancellations with flights into, out of, or through Cusco are due to the fact that the Cusco airport is a VFR airport. For those that are unfamiliar with the term VFR, this is an acronym for Visual Flight Rule, and indicated that the pilot of the aircraft must be able to see in order to land or take off.

The basics of this here in Cusco is that the City of Cusco sits in a small valley, and there is a mountain that obstructs the normal landing flight path that aircraft would take if landing on instruments (IFR), so because of this mountain the flights tend to come into the valley and then have to make a left turn to align with the runway. This VFR designation applies to all aircraft, so no matter how new the aircraft is, or what instrumentation it has, if there is not enough visibility, they shut down the airport and no flights can land or take off.

You may be wondering why some people believe that LATAM can operate when other airlines can not, well this stems from two reasons. For starters, as I mentioned above, in certain conditions they can, one of these being tail winds. The more modern aircraft that LATAM uses are better equipped to land with a tail wind, so if there happens to be a tail wind in Cusco, the LATAM planes may be the only ones that will be operating.

The second reason for this is that when the Cusco airport is closed due to low or even no visibility, LATAM will still send their planes and have them orbit Cusco waiting for a break in the weather. The up side of this is that the LATAM flights can take advantage of short breaks in visibility, but the down side is that if there is no break in the weather, they must return to Lima or another airport to re-fuel the plane. So because people see the LATAM flights to Cusco departing Lima, or other cities, when other flights are being delayed, the general opinion is that the LATAM flights can land in Cusco, when the other flights can not.

I love travel and recently owned and operated a Bed and Breakfast in Cusco Peru called GringoWasi with my beautiful Peruvian wife, the property is located in the small town of Huarocondo, and about 30 minutes West of Cusco Peru. Currently we are living back in Las Vegas and have put our property in Cusco up for sale.
View all posts by Lyle →
This entry was posted in Peru, Travel Tips and tagged Airport, Cusco, cusco flight delays, cusco flights, delays, Flights, Lima, lima flight delays, lima flights. Bookmark the permalink.

3 Responses to Cusco Flights, Delayed but not Canceled

This site uses Akismet to reduce spam. Learn how your comment data is processed.

A Travel Blog for Everyone

The Marbles in my Head

Chronicles of a semi-haphazard trip around the world

Travels with an Australian, a Peruvian and Baby A.

A collection of stories of our travels - pre and post our baby girl!

Romancing the planet; a love affair with travel.

Life in Peru
A Gringos life in Cusco

Tips and observations from an American living in Cusco