That’s right, there were Incas on Easter island, or at least that is a possibility based on one location. 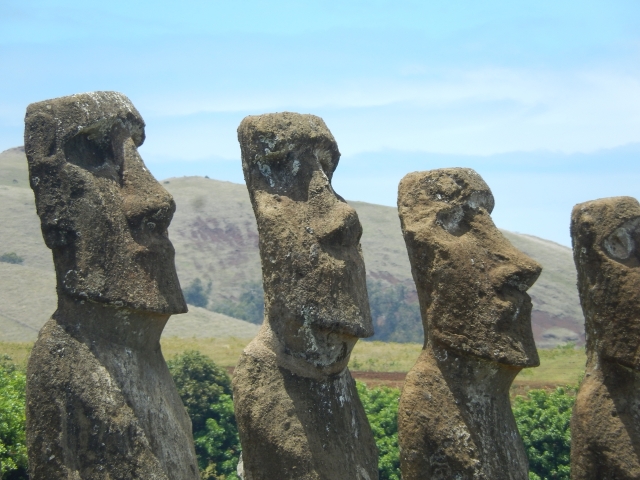 Yes I generally try to keep my blog about Peru in general, but more specifically about Cusco, so a post about Easter Island might seem a little out of place here, but I thought the possibility of an Inca connection warranted a post.

Recently Lily and I took one of our short vacations to take a break from running GringoWasi, and on this trip we visited Easter Island for 10 days. Now even before we departed Cusco, we read about a site that has perfectly fit stone walls, very much like the stonework of the Incas, so this site made the “must see” portion of our itinerary. 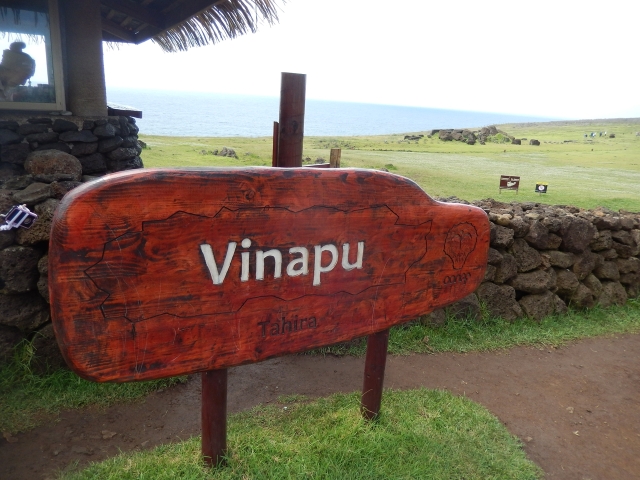 The site itself is Ahu Vinapu and here you will find 2 separate platforms or Ahu, where the Moai used to stand, there is also supposed to be a third Ahu here, but it is actually located inside the fenced off fuel tank area and not accessible.

The two main Ahu that you can visit here are Ahu Vinapu and Ahu Tahira, and both of these Ahu’s have had their Moai toppled, which is believed to have happened between 1722 and 1868, either due to clan wars or earthquakes. 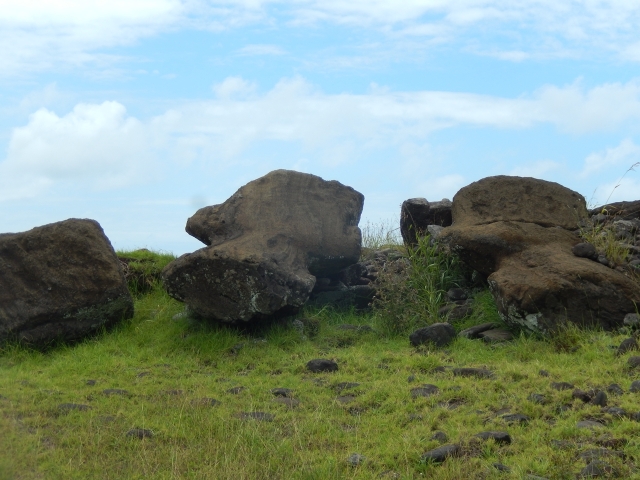 Ahu Vinapu seems to be the more promoted Ahu as the complex itself is named Ahu Vinapu, so don’t look too hard for Ahu Tahira on any maps, you will not likely find it. Ahu Vinapu is the Ahu to the Right as you enter the site, it is the oldest Ahu out of the three that are in this complex, and it originally supported at least 5 Moai and their head dresses, who’s remains can be seen near the Ahu. There is also a red stone column in front of Ahu Vinapu that was unearthed in 1956, and is thought to possibly be a female Moai, based on the thin arms and hands, small breasts, and pronounced navel, unfortunately this column is very deteriorated and very little detail remains.

Ahu Vinapu Wall, this is what the normal Ahu walls look like

As I mentioned above, Ahu Vinapu seems to be the more promoted of the Ahu’s here in this complex, while we were visiting we saw 2 separate tour groups arrive and depart, both of these groups went directly to Ahu Vinapu, stood around the red “female Moai” while the guides talked, and then departed the complex. While it is possible that the guides might have made mention of the stonework on Ahu Tahira, you can not really appreciate the precision of the work unless you go around to the ocean side of the Ahu, which neither group did. Based on this I would have to guess that the local preference is to down play or even ignore the possible connection to the South American mainland.

Because we rented a vehicle (Suzuki Jimmy) while we were there, we were not limited by any tour guide preferences or agency policies, so we were basically able to go where we wanted, when we wanted, and if you are planing a trip to Easter Island yourself, I would highly recommend renting a vehicle (the Jimmy’s are quite popular) while you are there.

Rental Jimmy’s, the white one was ours

Ahu Tahira was actually one of my favorite sites, even though it’s Moai have been toppled (at least 6), And the reason it was one of my favorite’s is due mainly to the stone work. If you happen to visit this complex on your own, be sure to walk down to the water side of the Ahu closest to the entrance (left side if looking at the water). Based on what I have read, this is the only place on the island that exhibits this level of stone work, and we must have seen almost every site while there, since I did not see anything else like this, I am inclined to believe it. The stone work that was used in the construction of Ahu Tahira, ranks right up there with a lot of what can be found here in the Cusco region, I have read where it has been compared to that of Saqsaywaman, but these stones are not near as large as the ones at Saqsaywaman, I think this construction I would compare more to some of the stonework at Machu Picchu, Ollantaytambo, Pisac, or many of the other Inca sites here in the Cusco region.

Close up of Ahu Tahira wall

So the big question here is, why is there just this one wall with this level of construction and who built it? To be honest I do not think anyone knows with any certainty, but I have read several theories about this construction. One theory is that it was just one of the last Ahu built and the stone working skills of the Rapa Nui culture had just progressed to this level. Another theory is that this was constructed with Inca knowledge, or even by the Inca culture itself, and some of the evidence to back this theory (aside from the construction itself) is that the platform faces the rising sun on the winter solstice, sweet potato’s and squash native to South America were found throughout Polynesia before Europeans sailed between the two locations, and some chicken bones from southern Chile had the same DNA sequence of samples taken in Tonga and Samoa, which suggests that the chickens came to South America from Polynesia approximately in the fourteenth century. I have also read that some dating of this site puts it actually older than the Inca culture, and this has generated a theory that it may have been the result of contact between the islanders and the Tiahuanaco culture, which was a pre-Inca culture that exhibited stone working abilities on the same level as the Inca culture exhibited.

Personally I like to keep an open mind and can see the possibility than any of these theories might be correct, and I believe that future archaeological work will provide additional evidence that might eliminate one of these possibilities, prove one, or might even propose a new theory. That is one of the things that I find so interesting about ancient history, archaeological science is constantly advancing and with new technology, new information can be obtained, so what is believed to be fact today, might just be disproved within the next 10 years or so.

I hope you have enjoyed this post, and remember when traveling that archaeology is not 100% accurate, it is generally just “best guess” based on the available evidence, so never be afraid to question explanations of things, especially if they do not make sense, even the things that I might say.

I love travel and recently owned and operated a Bed and Breakfast in Cusco Peru called GringoWasi with my beautiful Peruvian wife, the property is located in the small town of Huarocondo, and about 30 minutes West of Cusco Peru. Currently we are living back in Las Vegas and have put our property in Cusco up for sale.
View all posts by Lyle →
This entry was posted in GringoWasi, Travel and tagged ahu, ahu tahira, ahu vinapu, Easter Island, Inca, inca wall, Machu Picchu, moai, Ollantaytambo, Pisac, tahira, vinapu, wall. Bookmark the permalink.

This site uses Akismet to reduce spam. Learn how your comment data is processed.

A Travel Blog for Everyone

The Marbles in my Head

Chronicles of a semi-haphazard trip around the world

Travels with an Australian, a Peruvian and Baby A.

A collection of stories of our travels - pre and post our baby girl!

Romancing the planet; a love affair with travel.

Life in Peru
A Gringos life in Cusco

Tips and observations from an American living in Cusco